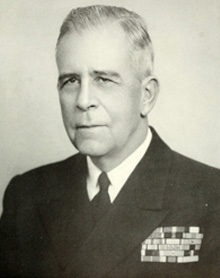 Charles Turner Joy was born in St. Louis, Missouri, on 17 February 1895. Commissioned as an Ensign in the Navy upon graduation from the U.S. Naval Academy in 1916, he served in the battleship Pennsylvania for more than four years, including the period of the United States’ participation in the First World War. She was the flagship of the Atlantic Fleet and, in December 1918, was one of the ships that escorted President Woodrow Wilson on his historic visit to France aboard the transport ship USS George Washington. In 1923, after receiving a graduate education in engineering, he began two years as Aide and Flag Lieutenant to Commander, Yangtse Patrol. This was followed by a tour as Executive Officer of the Asiatic Fleet destroyer Pope, an assignment with the Bureau of Ordnance, sea duty in the battleship California, and service at the Naval Mine Depot at Yorktown, Virginia. In 1933 Lieutenant Commander Joy took command of the destroyer USS Litchfield. Upon completion of that tour in 1935 he was assigned to the staff of Commander Destroyers, Battle Force.

Between 1937 and 1940, Commander Joy was an instructor at the Naval Academy. He then became Executive Officer of the heavy cruiser Indianapolis. In 1941 he was Operations Officer for Commander Scouting Force, Pacific Fleet and, for several months after the United States entered World War II in December of that year, helped plan and execute combat operations against Japan. Captain Joy commanded the heavy cruiser Louisville from September 1942 until June 1943, during which time she was active in the Aleutians and South Pacific war theatres.

From there he went to Washington D.C. for a short, but important tour as Chief of the Pacific Plans Division os U.S. Naval Headquarters.

One of the strategies developed was the concept of “island hopping” in which sizable Japanese garrisons were cut off and bypassed to let them “whither on the vine” as U.S. forces moved from island to island, using each as a base for capturing the next.

Following that tour he was promoted to Rear Admiral and assumed command of Cruiser Division 6. During the next year Joy participated in virtually all of the major operations marking the American advance across the Pacific.

Near the end of World War II, Joy commanded Amphibious Group 2, which was preparing for the invasion of Japan. In September 1945, he proceeded to China, where for the next eight months he commanded Task Force 73 and later Task Force 74 operating in the Yangtze River and out of Hong Kong. These units cleared mines, transported Chinese troops reoccupying Japanese positions, and undertook other postwar operations. From 1946 to 1949, Joy resumed his ordnance specialty as commander of the Naval Proving Ground, Dahlgren, VA, which tested and assisted in the development of new naval ordnance.

In August 1949, Joy was promoted to vice admiral and appointed commander of the U.S. Naval Force, Far East, with headquarters in Tokyo. Upon the outbreak of the Korean War in June 1950, he became the Allied naval commander for that conflict. His ships landed Allied troops in the war zone and supported them with supplies, gunfire, and carrier air strikes; blockaded North Korea; undertook mine-sweeping; and patrolled the Taiwan Straits to prevent hostile action between mainland China and Taiwan. Joy was a key leader in the highly successful Inchon landing of September 1950. By November 1950 he commanded 400 Allied and American ships.

For ten months after July 1951, Joy additionally served as the senior United Nations delegate at the Korean Armistice Conference held at Kaesong and, later, Panmunjom. For his role in these almost daily negotiations, Joy received worldwide notice for his calm, tenacious, but fruitless efforts to achieve a cease-fire agreement. His dealings with the North Koreans and their allies the communist Chinese apparently frustrated him so much that, in May 1952, he asked to be relieved of his assignment and was transferred to the U.S. Naval Academy where he served as superintendent.

After the Korean armistice in 1953 and drawing on his experiences there, he wrote a book entitled “How Communists Negotiate” (1955). In it, Joy concluded that only the “imminent threat of application of our military power” would compel Communist governments throughout the world to “negotiate seriously.” He wrote that the “greatest single influence on the Korean armistice negotiations was the failure of the United States to take punitive action” against China following its entry into the conflict. Because of the failure of American will to seek military victory, Joy believed that the 1953 armistice represented a triumph for mainland China.

Joy served as superintendent of the Naval Academy from 1952 to 1954, then retired to his home in Coronado, CA and was advanced to the rank of admiral on the basis of combat awards. He died in 1956 at the Naval Hospital in San Diego, CA.

The career of this reserved, modest, and thoroughly competent naval officer was notable for its versatility. He was a highly effective operational commander and planner who displayed flexibility in integrating new air and amphibious tactics into the fleet. He made significant contributions as an ordnance specialist. Finally, in his role as negotiator and through his writings on the relationship of force and diplomacy, Joy was an important figure in the history of American foreign relations in the period after World War II. 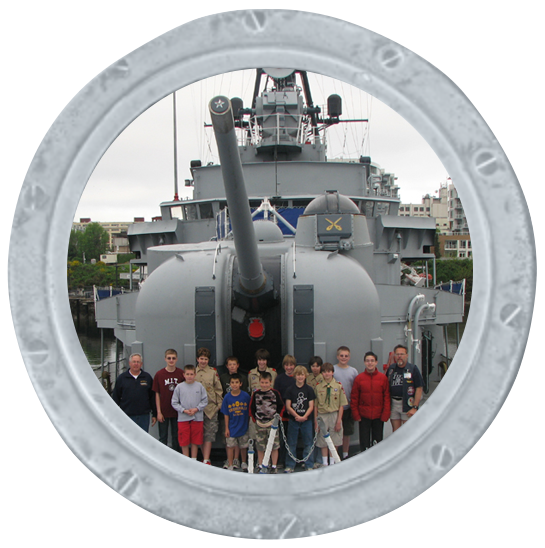 "True wisdom comes to each of us when we realize how little
we understand about life, ourselves, and the world around us." 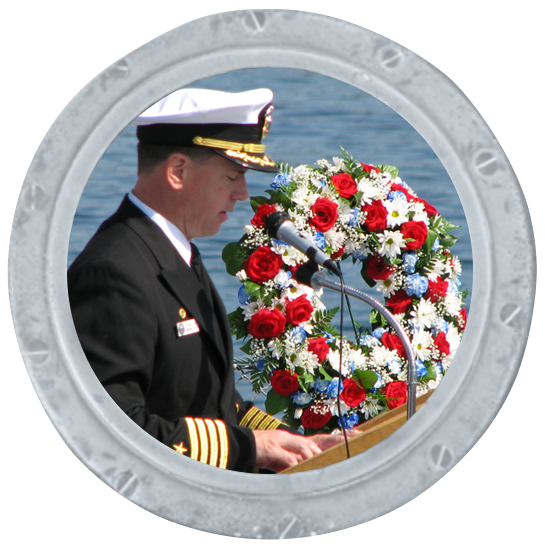 "My best friend is the man who in wishing me well wishes it for my sake."

ARISTOTLE - SOMEWHERE ELSE IN GREECE 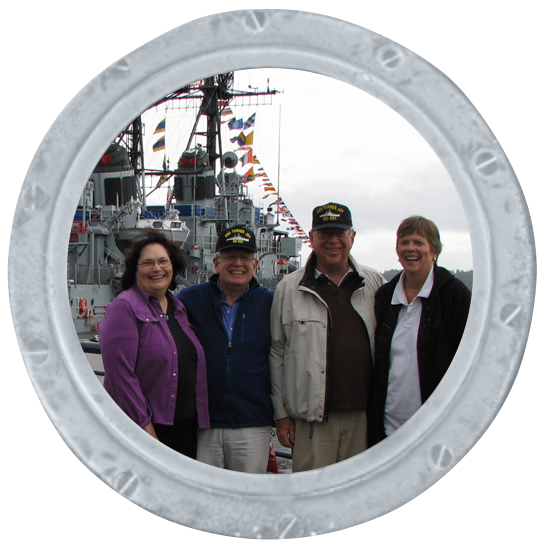 "You can discover more about a person in an hour
of play than in a year of conversation." 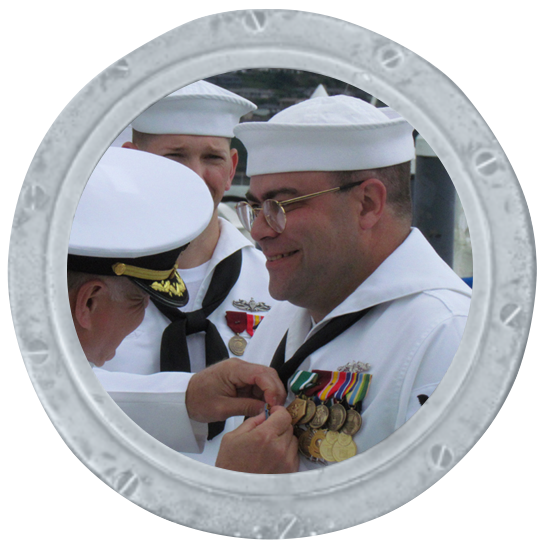 "A woman knows the face of the man she loves as a sailor knows the open sea." 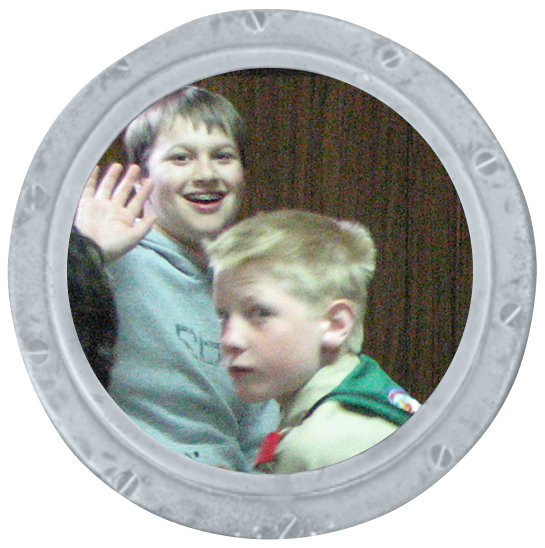 "As I've grown - dare I say it - older, I had hopes of indulging my dreams of being a sailor."